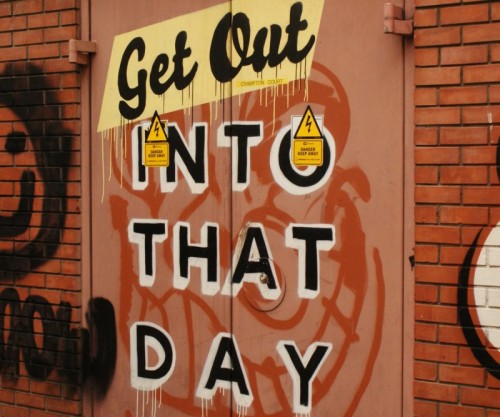 Although it is an important quality if you want to go far in your career, Leadership isn’t just about your ability to make others follow you and behave the way you want them to at work; it’s about the kind of person you are.  And the traits which inspire others, not force others, to do what you believe needs to be done. It’s about having a sense of purpose and being able to convey that purpose by your own actions in a way that causes others to want to get on board with what your purpose is driving you to do.

Who better to get some leadership advise from than the women who is a former senior advisor to Hillary Clinton.

Shelly Porges, at one point was a Corporate Executive at Bank of America then an entrepreneur in the San Francisco Bay area before she went on to work with Hillary Clinton. She is now a global entrepreneurship advocate and is currently Entrepreneur in Residence at Georgetown University and advisor and member of various boards including Global Entrepreneurship Week and Global Leadership Institute to name but a few.

At Inspirefest, the two day festival celebrating fresh perspectives on innovation, leadership and success in the realm of STEM,  held in Dublin over the past two days,  Shelly shared the leadership lessons she learned from Hillary Clinton, and they are:

Vision: Inspiring leaders have vision and are not afraid to share that vision. They are brave enough to face potentially threatening circumstances, like Hillary Clinton did when she gave that groundbreaking speech at the World Conference for Women in Beijing in 1995 when she said ‘Human rights are women’s rights and women’s rights are human rights’.

Take Risks: They step up when stepping up is required.  In 2007 Hilary Clinton demonstrated this when she made the bold announcement that she was joining the 2008 Presidential campaign race, boldly saying she was ‘in it to win’.

Adapt: They don’t give up on their dream, instead they adapt to the circumstances they find themselves in and pivot.  In the 2008 Presidential Election rather then running away from her dream of becoming president when it looked like Obama would win, she stayed in the race until the end. And when Obama did win she threw her support behind him and accepted his offer (after rejecting it twice), of the role of Secretary of State and adopted to her new role.

Elevate others: They give opportunities to others to help them progress.   Hillary Clinton’s work to promote women’s rights both while in her role as Secretary of State and since she left the post in 2013, is an example of this. At a women’s conference in 2013 Hilary Clinton said the empowerment of women is ‘The unfinished business of the 21st Century’, Various projects to empower women around the world are progressing as part of the work undertaken by the Bill, Hilary & Chelsea Clinton Foundation.

I’d love to know the answers to those questions. Come and visit us at our facebook page and share your story about how you’re going to become an inspiring leader.